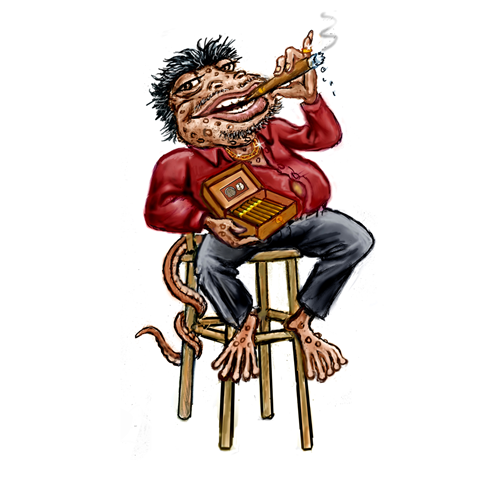 Meet Mannie, the “married snakus” toad, who is a criminal attorney Zeni works with professionally. Although not a particularly handsome man, Mannie is well known for his courtroom prowess as he consistently obtains not guilty verdicts on behalf of his clients.

One evening, Mannie invites Zeni and her staff to join he and his staff for happy hour at a local cigar bar. Upon arriving, Mannie motions for Zeni and her staff to see his humidor after which time, he breaks open a box of cigars, insisting Zeni try one. Never having smoked before, Zeni declines his offer, but Mannie persists, resulting in Zeni getting a hands-on lesson in cigar smoking.

After Zeni and Mannie’s assistants head off to listen to the band, Zeni asks Mannie about some of the clients she has referred to him. Instead of answering her, though, Mannie proceeds to take the conversation in a direction never Zeni expects.

What does Mannie say to Zeni that night at the cigar bar? Is Zeni pleasantly surprised or shocked by her discovery of Mannie’s warts?

Find out more about Zeni’s escapade with the “married snakus” toad in chapter six. You will certainly get a good laugh when you find out just how big Mannie’s balls really are.

Zeni and her assistants join Mannie and his assistants one night at a cigar bar where Mannie teaches Zeni how to smoke a cigar. The scene starts here:

When we arrived back at the table, Mannie summoned one of the waitresses and ordered the entire table a round of martinis. When the drinks arrived, he broke open the box, which contained an assortment of cigars.

“Chiquita, please, try one of these,” he said, presenting the box to me with its lid opened.

“No thank you. I don’t smoke.” I waved the box away from me.

“What do you mean, you don’t smoke? Everyone in my country smokes. Me, I’ve been smokin’ since I was ten.”

“Um, well, I hope I don’t embarrass myself when I say this, but I tried smoking a cigarette one time a few years ago . . . you know, just to see what it’s like. I almost choked to death when I tried to inhale.”

“Ah, get the hell out of here! How could that happen?”

I shrugged. “I don’t know. I guess I’m just challenged in that particular department of life.”

“Smokin’ a cigar is different. You never, ever inhale the smoke. You only savor its taste in your mouth.”

“I didn’t know that. Learned something new tonight.” 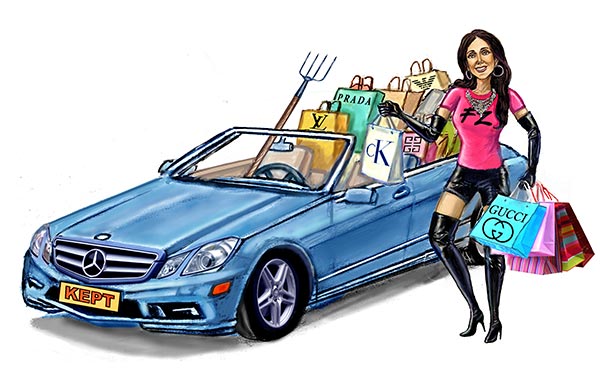